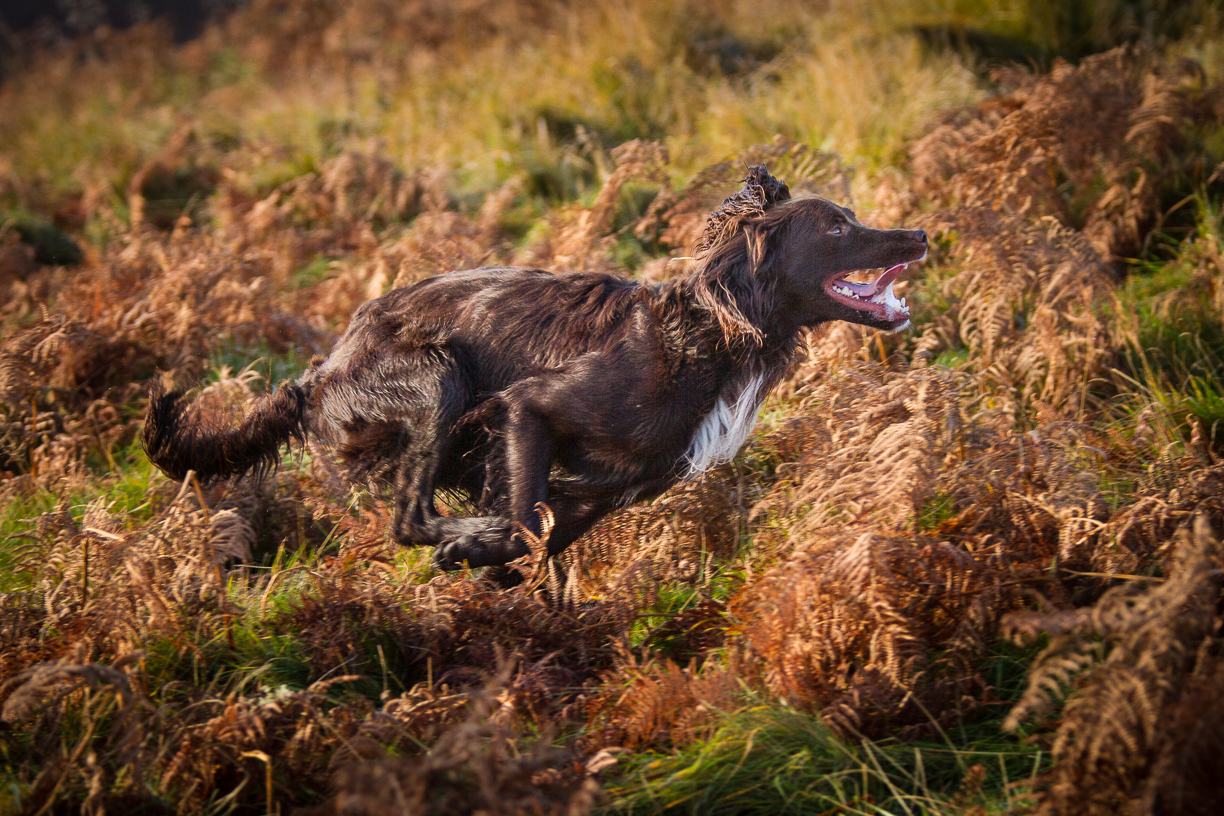 A summary of pop up training days run by the GLPC written by Coshy Kimberley.

German Longhaired Pointer pop up training days, these were great fun and were a very good thing to be able to put on for club members we opened it up to non members also. We were able to put them on in the Godolming area and Kent area, due totally to the fact of being offered ground to use, so a big thank you to both the hosts, Niel and Suzanna Mills and Sean and Kathy Connor.

The day at Godalming was particularly for Novice standard dogs who were keen on doing working tests. Steve Kimberley was able to help handlers with a variety of issues they had, from delivery problems, to handling their dogs at distance. It was extremely hot on that day and I commend one and all for working so hard in the heat, all the dogs did really well.

The day at Woodchurch was aimed at young dogs and beginners, starting from scratch. A couple of handlers had slightly older dogs who were at beginner level. This course worked really well and there was plenty of time for handlers to discuss various problems they were encountering, Steve was able to set up scenarios for handlers to work on with their dogs.

We will be planning more of these days in 2022 and would suggest if anyone is interested they should either contact Coshy Kimberley at ftsec@glpc.org.uk

If you have ground you that you would like to offer the club for a pop up day please get in touch we would love to hear from you.

This website uses cookies to improve your experience while you navigate through the website. Out of these, the cookies that are categorized as necessary are stored on your browser as they are essential for the working of basic functionalities of the website. We also use third-party cookies that help us analyze and understand how you use this website. These cookies will be stored in your browser only with your consent. You also have the option to opt-out of these cookies. But opting out of some of these cookies may affect your browsing experience.
Necessary Always Enabled
Necessary cookies are absolutely essential for the website to function properly. These cookies ensure basic functionalities and security features of the website, anonymously.
Functional
Functional cookies help to perform certain functionalities like sharing the content of the website on social media platforms, collect feedbacks, and other third-party features.
Performance
Performance cookies are used to understand and analyze the key performance indexes of the website which helps in delivering a better user experience for the visitors.
Analytics
Analytical cookies are used to understand how visitors interact with the website. These cookies help provide information on metrics the number of visitors, bounce rate, traffic source, etc.
Advertisement
Advertisement cookies are used to provide visitors with relevant ads and marketing campaigns. These cookies track visitors across websites and collect information to provide customized ads.
Others
Other uncategorized cookies are those that are being analyzed and have not been classified into a category as yet.
SAVE & ACCEPT
Menu